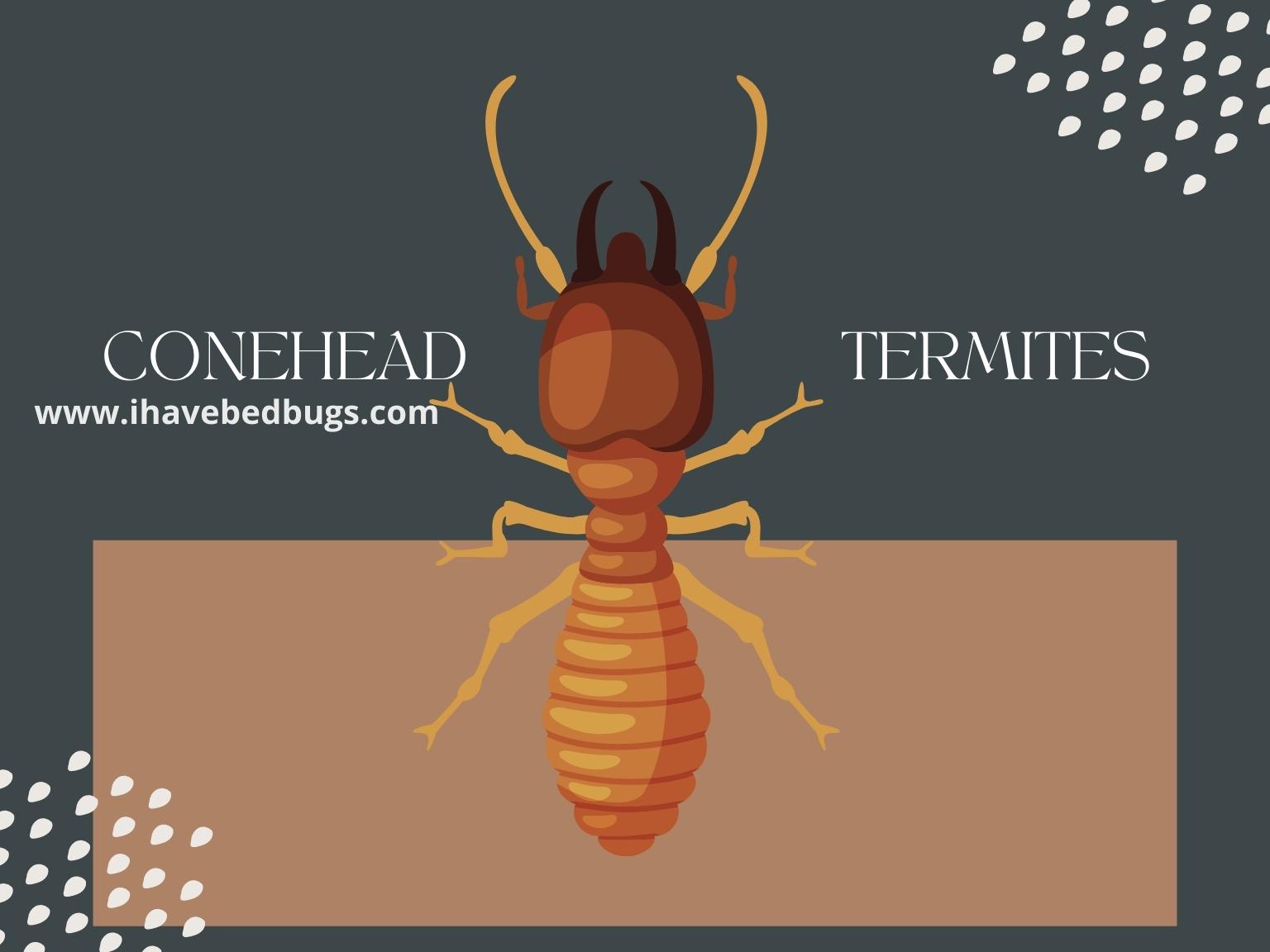 Most people have probably heard of termites before; however, not many have heard of the conehead termite species. So, what should you know about this species and what makes them different from most termites? Keep on reading, and you’ll find out.

A conehead termite, scientifically known as Nasutitermes corniger, is a species of termites notorious for its destructive capabilities. Previously, a conehead termite was called a tree termite. However, this name was later discarded as it implied that these termites were only found in trees, which wasn’t accurate.

Now, conehead termites are native to the Caribbean, West Indies, and Central and South America. Accordingly, they’re normally found in Mexico, Costa Rica, Panama, Venezuela, Puerto Rico, and Guatemala. However, this invasive species infiltrated the United States in 2001 and has continued to be a bother since.

The US infestation, specifically in Broward County, Florida, has been theorized to have occurred when some of those termites traveled on ships headed from their native habitat to the USA within the substance of wooden packing material like a crate or a pallet. Luckily, though, the conehead infestation in Florida was contained in 2001.

However, the termites later made an appearance in 2012, and a few were spotted once again in 2018 near Diana Beach.

Unlike other local termite species, conehead termites have a characteristic cone-shaped head that makes them easy to identify. This distinctive appearance is typically only found in soldier conehead termites, who secrete a pine sap-like chemical that can ward off predators and other termites away from the conehead termite colony.

As such, the soldier termites appear to have a dark brown teardrop-shaped head on top of a beige or light brown colored body. Now, it’s usually very hard to recognize soldier and worker conehead termites just by the naked eye as these insects only measure up to about 3-4 mm (app. ⅛ inch).

However, you may manage to spot the reproductive individuals, which are generally more prominent (13 mm) and have dark bodies and black, shiny wings.

Conehead termites, thankfully, aren’t harmful to humans as they don’t bite, sting, or carry any pathogenic organisms and diseases. However, their threat lies in the damage they cause to the surrounding wooden structures.

Coneheads ​can remain undetected in their colony for several years as they eagerly consume dead wood surrounding them. That wood can belong to a woodpile, shed, house, wooden furniture, fence posts, etc.

However, with time, the conehead termite infestation spreads to different locations, causing widespread property damage in the process as the termites start looking for other wood sources.

The first of these signs is the nest of a conehead termite colony. These freestanding nests are usually located in live or dead trees, though they can occasionally be present on open grounds.

These nests look like chewed wood with a bumpy surface, and when they’re small, the dark brown nests appear to be round in shape. However, as the colony grows and expands, the nests become more oval in shape, nearing 60 cm or more in length.

Typically, these termite nests have multiple narrow brown tunnels leading to them. These mud tubes or termite highways are unique to conehead termites and are, therefore, considered the second sign of an infestation.

Generally, other termite species usually depend on underground tunneling to travel to and from the colony. However, conehead termites travel in foraging tunnels present above the ground on the sides of houses, fences, trees, etc., which makes them easy to find.

The final sign of a termite infestation is glancing conehead swarmers. Conehead swarmers are winged termites that leave their nests in the spring and fly to a new location in order to start a new colony. So, if you spot those specific termites, you should immediately call a pest control company to come and deal with the infestation.

If you live in South Florida and happen to find a conehead termite colony, you should immediately report your findings to the Florida Department of Agriculture and Consumer Services. This is absolutely critical to prevent the spread of these pests.

After reporting the infestation, you should start treating conehead termites in your home. Unfortunately, that can be extremely difficult to do on your own, which is why it’s best to call a professional pest control company.

Only the professional will be able to locate and repeatedly treat every visible nest, tunnel, and involved building with adequate termiticides to ensure that the infestation has been resolved.

After the termites are gone, you can prevent them from coming back by keeping your home and yard clean and free of mulch and leaf litter. Moreover, you should keep stored wood away from your home, and you can use an appropriate insecticide to act as a termite repellant.

Conehead termites are invasive termites that are very hard to control but now that you know what to look for to identify an infestation, you should call in professionals to deal with them promptly to keep your home safe.