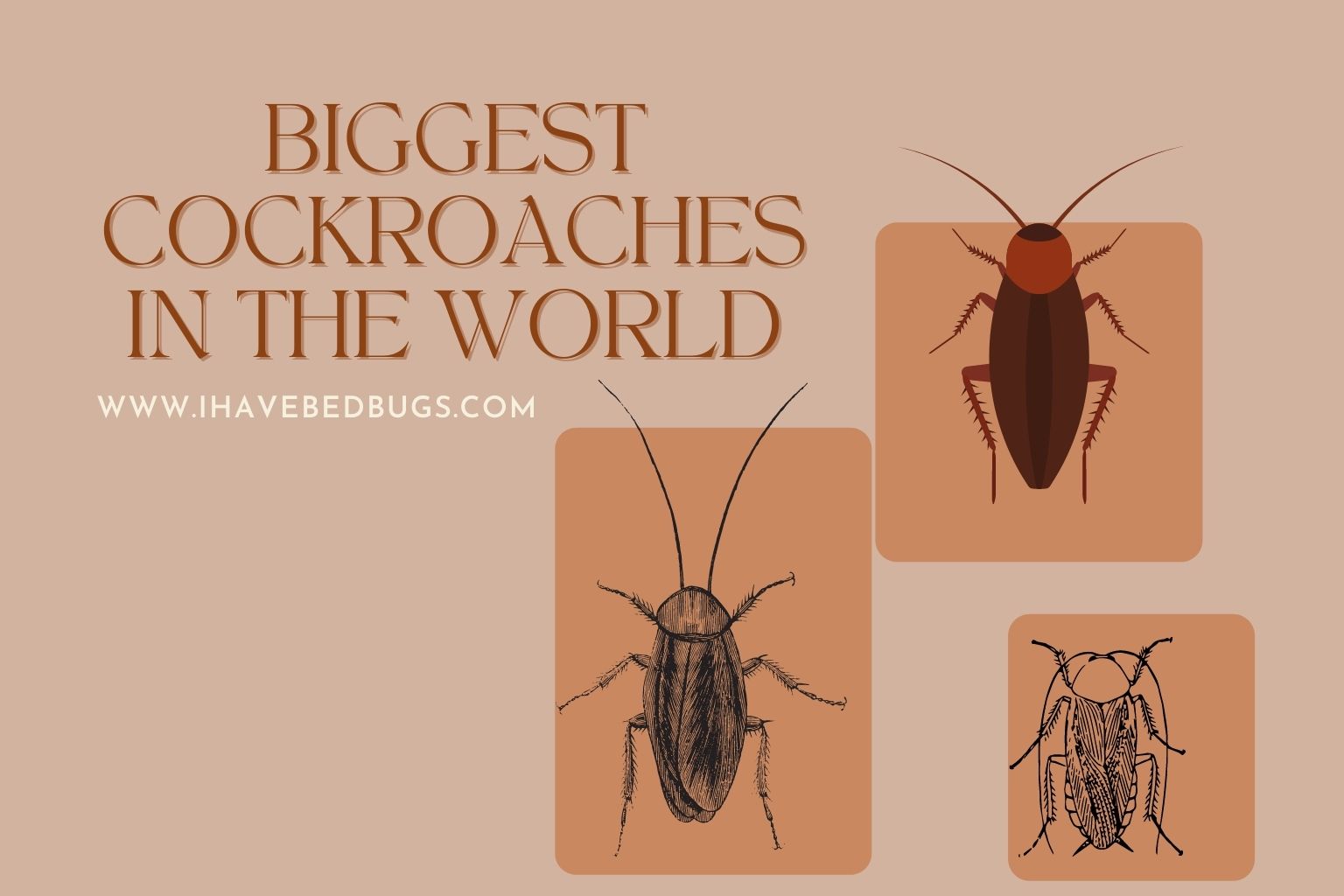 Are you an entomologist hoping to get started or add to your knowledge about cockroaches? Or you’re a regular person trying to appease your curiosity?

Whatever your reasons are, you’ll find this article insightful. So read on to know more about the biggest roaches in the world.

What’s The Biggest Cockroach In The World?

A cockroach can be considered “big” based on its length, weight, or size. But overall, here are the four kinds of cockroaches that, hands down, are the biggest of the bunch:

These giant cockroaches are somewhere between 2-4 inches long. For perspective, the average cockroach ranges between one and two inches in length.

Now, let’s examine each of the largest living species of cockroaches in detail.

According to the Guinness World Records, the Megaloblatta Longipennis is the world’s largest winged cockroach in the world.

Commonly found in countries like Peru, Ecuador, and Panama, this giant cockroach can grow up to four inches in length and over an inch and a half in width. What’s more, it can have a wingspan of around eight inches.

The largest female “Megaloblatta” is currently preserved as part of an insect collection kept by Akira Yokokura, a Japanese collector. That preserved female is 3.8 inches long and 1.75 inches wide. 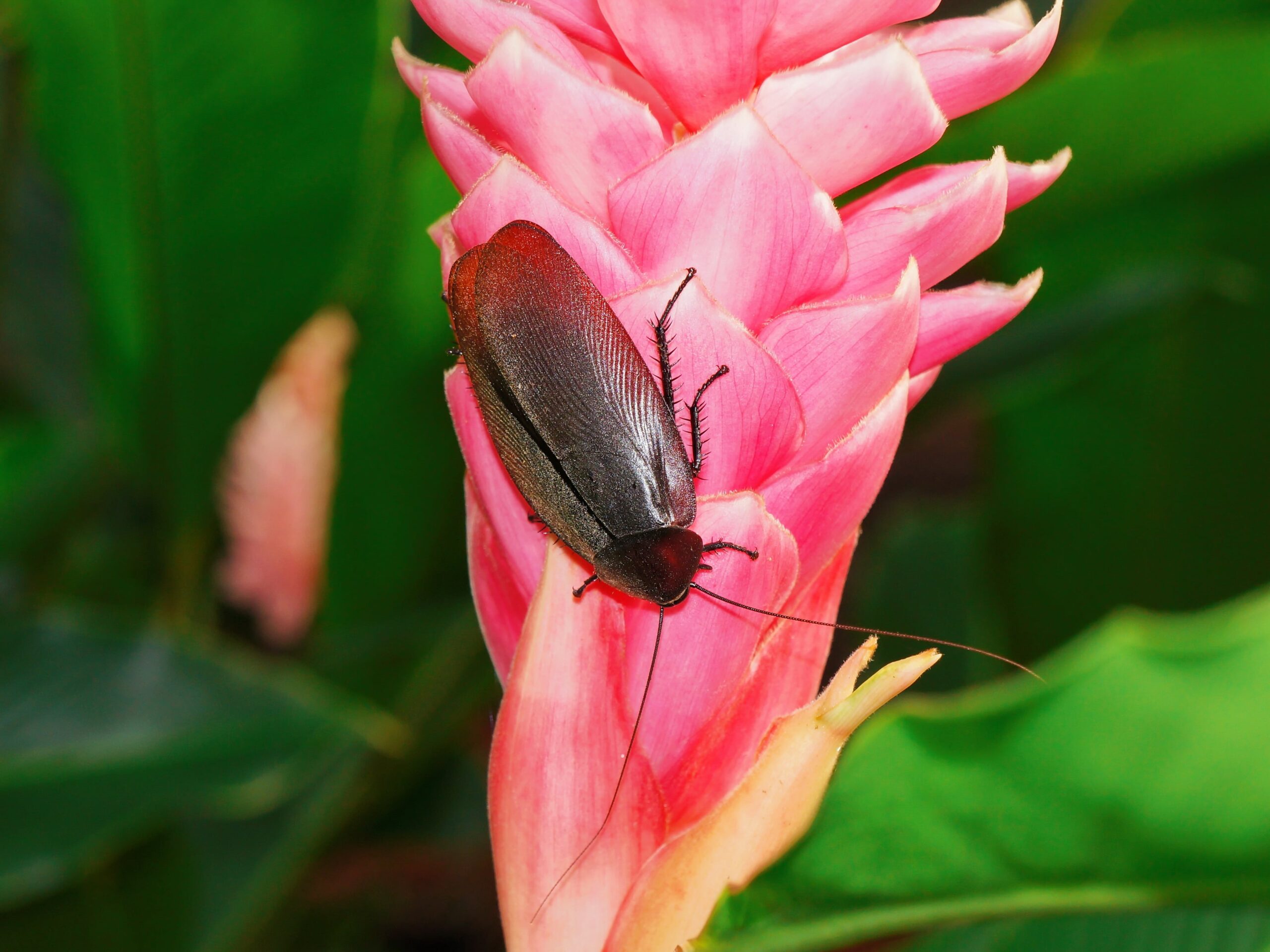 Judging from its name, it’s quite easy to pinpoint this cockroach’s origin and distinct feature, isn’t it?

Commonly found on the island of Madagascar, there are about 20 different species of large hissing cockroaches. The Gromphadorhina portentosa, G. oblongonota, G. picae, and others are among them. First, but we’ll major on the G. portentosa.

A G.portentosa is usually black and can measure up to three inches in length and an inch in breadth.

The distinct feature of this roach is that it produces a hissing sound using specially modified spiracles. Aside from hissing, they are also known to be wingless and good climbers of smooth surfaces. 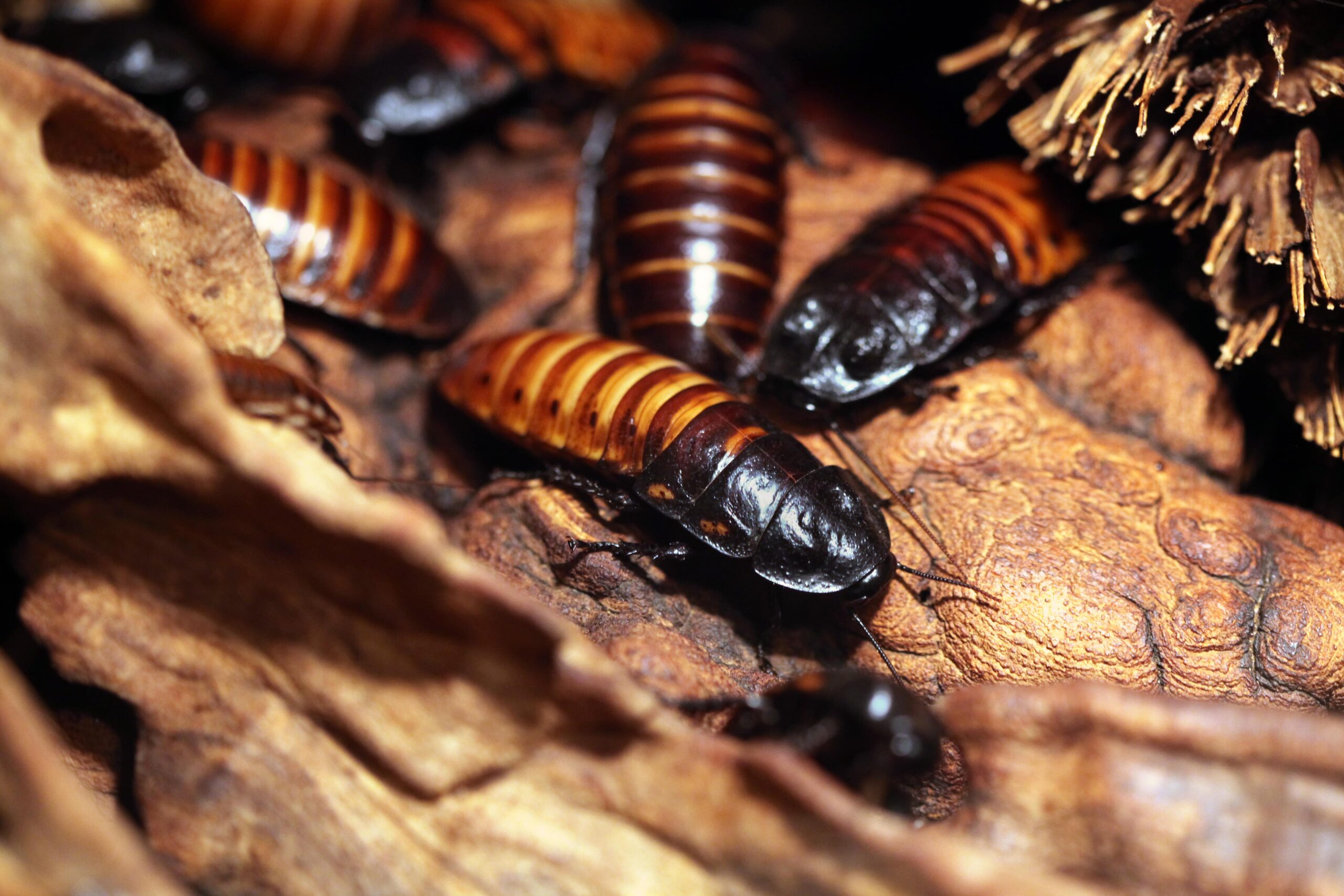 Furthermore, although males and females look a lot alike, there are differences. For example, the males have more prominent protrusions on their thorax and hairy antennae, while the females have a smooth thorax with little or no bumps.

Like most roaches, they inhabit rotting logs and eat vegetables. Also, their lifespan can stretch from a minimum of two years to a maximum of five years.

The standout feature of these cockroaches is their ability to burrow. They can dig over one-meter burrows and reside there. Plus, they also store food in their burrows.

Unlike many other species, giant burrowing cockroaches aren’t considered pests. In fact, people take them in as pets. 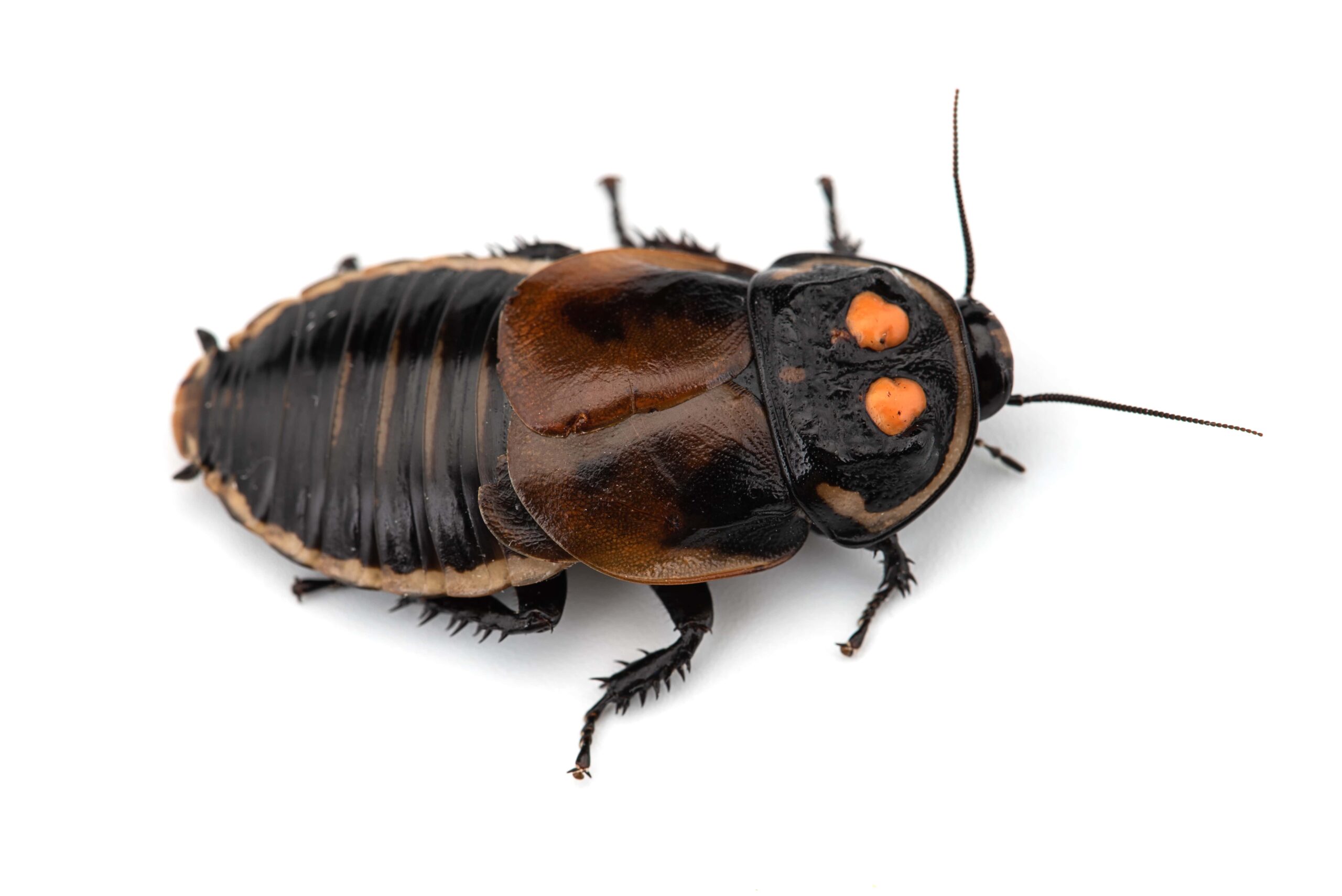 If you ever decide to house a few, you can do so with a glass or plastic enclosure with a sizable amount of soil at its base.

They are nocturnal; hence you may not set your eyes on one during the day. And their lifespan is remarkable: they can live up to 10 years.

You might be wondering where this cockroach species got the name “Death’s Head” from. Well, it’s because they have a black patch on their pronotum that looks a lot like a skull.

Although the young ones are speckled, the body of the mature Death’s Head is typically brown. Their wings, however, are jet black.

One notable feature of this roach is that it gives off a strong odor, which is a defense mechanism against its predators. 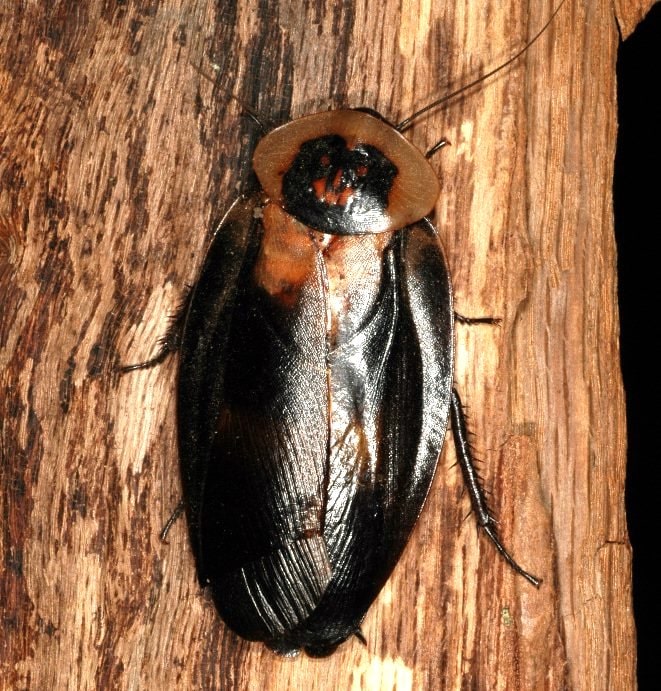 There you have it: the four biggest cockroaches in the world. Now when you see a giant cockroach, you can take a well-informed guess about what type it is. Remember, there are thousands of cockroach species, so these four are only the tip of the iceberg.