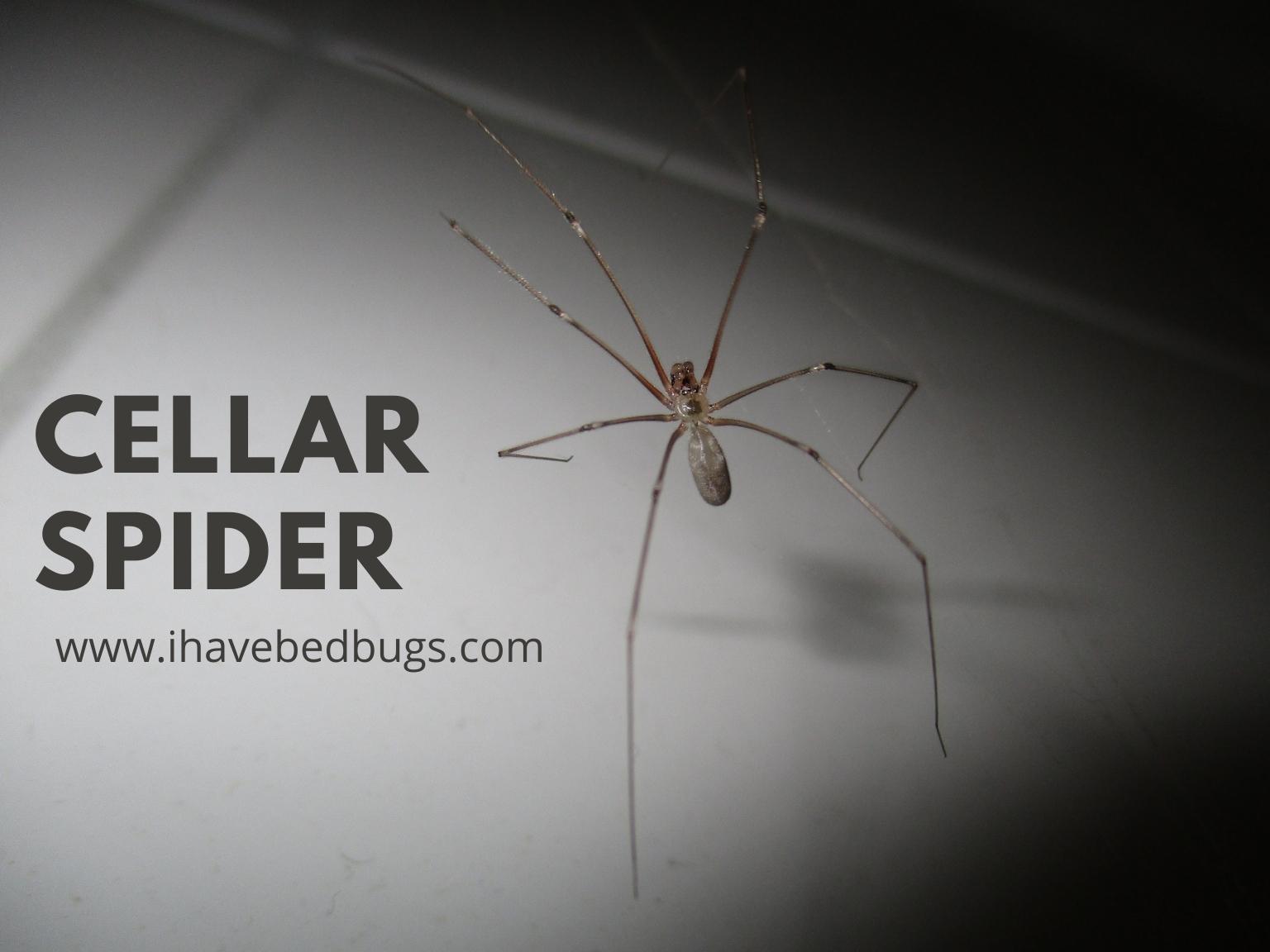 Have you heard about cellar spiders? Maybe you’ve noticed some spiders around your house and are wondering if they’re cellar spiders. If so, you’re in the right place.

Cellar spiders get their name from their characteristic feature of being found in cellars, damp places, crawl spaces, and basements.

There’s so much to learn about them, and in this article, we’ll discuss everything you need to know about cellar spiders. So let’s dive in.

What Are Cellar Spiders?

Cellar spiders belong to a scientific family known as Pholcidae. Interestingly, this family has over 1,800 spider species, including carpenter spiders, vibrating spiders, and skull spiders.

Because of their long and thin legs, cellar spiders are sometimes referred to as daddy long legs. They also love warm and stable temperatures, so you’re likely to find them indoors most of the time.

These spiders have some features that distinguish them from the other types of spiders. Let’s take a look at them.

Cellar spiders consist of long and short-bodied species. Their bodies are oval-shaped and range from pale yellow to light brown or grey. They have a long tubular abdomen that has dark markings on it.

As earlier mentioned, these spiders have long, thin legs. This is in contrast to their small body. It’s often said that their legs are about five times as long as their body. Because of these long legs, they’re confused with spider-like arachnids called harvestmen. However, harvestmen aren’t real spiders.

This spider has eight eyes. These eyes are arranged in two groups of three and have two eyes in-between.

Cellar spiders commonly infest warehouses. They live mostly indoors because they love the warm temperatures. You’ll notice them on your windows and ceilings in your cellar, basement, damp areas, crawlspaces, and even around your doors.

Cellar spiders are known for making many layers of loose webs. This differentiates them from other species of spiders. They can build these webs so much that you’ll begin to notice trails of cobwebs everywhere in your home. In most cases, they spin webs in room corners, preferably where the wall meets the ceiling. They do this so they can hang upside-down and wait for their prey.

Additionally, when cellar spiders sense danger, they react by vibrating their webs. This movement is to confuse and unsettle the prey. However, some curl up when they sense danger.

In its lifetime, the female cellar spider can lay three egg sacs. They’re made of transparent silk. Up close, they look like an unripe blackberry. Each sac can contain about 13 – 60 eggs.

The female spiders carry these sacs in their mouth until the eggs hatch, instead of putting them on their bodies as other spider species do. When the spiderlings hatch, they stay on their mother’s body for some time. At this stage, they slightly resemble adults.

In addition, their journey to maturity takes a year. And An adult cellar spider can live for about two years.

Cellar spiders prefer to feed on the insects, flies, moths, and mosquitoes they find in your home. But, rather surprisingly, they can even feed on other spiders when the going gets tough.

No, they’re not harmful. They’re also not known to bite humans. However, several people see them as a nuisance because of the many layers of webs they can make. And often, these appearances are undesirable, especially in commercial buildings and tourist homes.

There’s a myth that their venom is poisonous, making them deadly. However, cellar spider venom isn’t dangerous. In addition, there’s no evidence to show that cellar spiders can deliver venom when they bite.

Signs Of A Cellar Spider Infestation

Spotting a cellar spider infestation isn’t a difficult task. So, if you notice one or a combination of the following, you might have an infestation on your hands.

How To Get Rid Of Cellar Spiders

There’s no problem with one or two cellar spiders inside your residence. The problem starts when they get comfortable around the house.

So how do you get rid of them? First, let’s take a look at some effective methods to eliminate cellar spiders and prevent them from entering your home in the first place.

Should You Be Worried About Cellar Spiders?

Cellar spiders aren’t harmful and don’t pose any health risks. However, these spiders multiply quickly and can cause an infestation in your home. In general, cellar spiders are pests, and their presence can be undesirable.

What’s The Difference Between Cellar Spiders And Harvestmen?

Cellar spiders are often referred to as daddy longlegs, which is a term that belongs to an arachnid called harvestmen. The difference between these two is that the cellar spider has two body parts; the head and the cephalothorax, while the harvestmen only have one body part.

Also, the webs of the cellar spider are made from silk, whereas the harvestmen don’t produce silk.

How Often Do Cellar Spiders Eat?

A cellar spider can live for several weeks without food and water. Although these spiders can go for long periods without food, they can eat a lot when food is available. Expect them to eat at least four times a day.

The same goes for water. In most cases, the spiders get moisture from the food they eat. However, they gulp down as much as possible when water is available.

Yes, they’re beneficial. For example, cellar spiders help eradicate flies and insects from your home because they feed on them.

Can You Keep A Cellar Spider As A Pet?

In this article, we’ve looked at what cellar spiders are, their characteristics, how they reproduce, and what they eat. As we’ve seen above, these spiders aren’t harmful, but they can be a nuisance because of the number of webs they can spin.

Ultimately, if you have an infestation, we recommend getting a professional to help you get rid of them. But you can also keep them as pets if you want to.