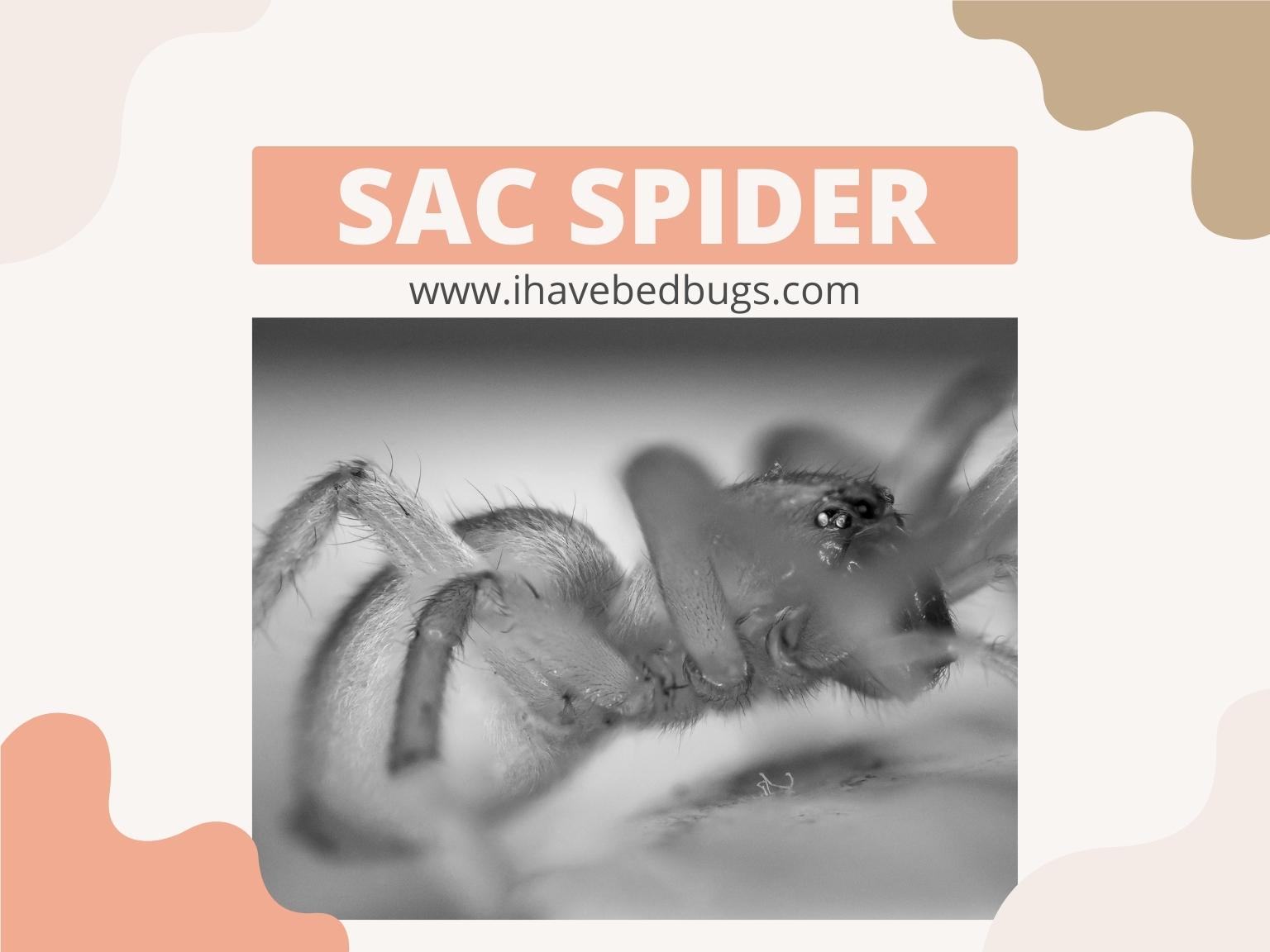 Spiders are truly fascinating creatures capable of magnificent feats despite their small size. Sac spiders, in particular, can be commonly found both indoors and outdoors, so you’re probably well-acquainted with this variety of arachnids.

Whether your interest in them is purely scientific or you’re unfortunate enough to find out that you have sac spiders for roommates, keep reading for insights on their variants, behavior, and more!

Cheiracanthium inclusum, C. inclusum, is a variety that usually sticks to gardens and areas containing thick foliage and landscape timbers.

On the other hand, cheiracanthium mildei, C. mildei, prefers to stay indoors, hidden between wall cracks and other damp areas like basements and attics.

Contrary to what their name might suggest, yellow sac spiders aren’t always yellow. In fact, some have a pale yellowish-green tinge to their body. This is more commonly seen in C. mildei.

On the other hand, C. inclusum’s colors range from soft cream all the way to light yellow. Both share the same dark strip that marks their abdomen. The color often relies on the spider’s environment and diet.

What all of them have in common, though, are their long front legs. Covered with tiny hairs, their legs enable them to climb even the roughest of terrains.

Genus cheiracanthium prefers thick foliage while C. mildei usually sticks to indoor areas. However, the location a yellow sac spider might favor can also depend on the time of the year.

During early summer and spring, you can find them outdoors. In contrast, recently hatched spiders head indoors in the fall. So, you might run into some uninvited house guests during this time!

Unlike other spiders, yellow sac spiders are considered active hunters because they seek out prey, not build webs, to capture their food supply.

Usually, when a yellow sac spider finds its way inside a closed space, it builds paper-like sacs, known as “retreats.” A sac is a silken tube that acts as a daytime retreat for these spiders since they are nocturnal and only hunt during the night.

Yellow sac spider egg masses can be found inside the retreats a female spider builds. Females are incredibly protective of their eggs; a single female usually guards several egg masses (egg sacs), fending off animals and other small insects that may prey on them.

Whenever a yellow sac spider is trapped between sheets or clothes and human skin, they get agitated and tend to bite. Unlike other bites induced by other insects, a yellow sac bite is venomous. That’s why you need to know how to treat the bite site if you find yourself exposed to yellow sac spider venom.

What To Do If  You’re Bitten By A Yellow Sac Spider?

While a brown recluse bite can bring about dangerous complications, a yellow sac bite isn’t likely to be life-threatening, as this species’ venom doesn’t affect most humans.

Unfortunately, a yellow sac spider bite is excruciating. To alleviate the pain, start by washing the bite site with soap and water to remove any residual bacteria and venom.

You can then apply a thin coat of antihistamine and antibiotic ointments. Finally, wrap the bite with a bandage.

How Long Do Sac Spider Bites Take To Heal?

Most bites take 3-4 weeks to heal fully. However, you’ll likely find a scar when you unwrap the protected area. If this happens, you’ll need to consult an expert dermatologist.

When Should You Head To A Hospital?

Although most people don’t experience severe complications from yellow sac bites, some do, especially if they’re allergic to the species’ venom.

Suppose you get bitten by a yellow sac spider and find it difficult to breathe. In that case, you must immediately seek out professional medical attention, as this is a sure sign that you’re allergic to the venom or already going into shock. In this case, don’t try any home remedies; instead, head straight to a hospital or call 911.

How To Get Rid Of Yellow Sac Spiders

Don’t fret if your house or garden is infested with yellow sac spiders because getting rid of these pesky pests is very easy! Simply follow these steps.

You first need to figure out where the nest is. We recommend you search easily overlooked locations like window sills, upper corners, and cracks in walls. Once you find the nest, you can proceed with vacuuming the sacs and eggs and sealing holes and corners that the spiders are hiding in.

Clean Your Garden And Garage

As previously mentioned, genus C. inclusum prefers being outdoors. So, if you have a garden, you need to get rid of leaves and debris. Unfortunately, most yellow sac spiders are also fond of gasoline, which is why it’s essential to make sure that any gasoline cans that may be lying around in your garage are shut tightly.

Sac spiders are a common arachnid genus found all over the world. Despite them not being as venomous as brown recluses, you still need to deep clean your house if you spot one to prevent it from munching on your sensitive skin or injuring your kids. So, take out your vacuum cleaner and spading fork and bid your spidey house guests goodbye!